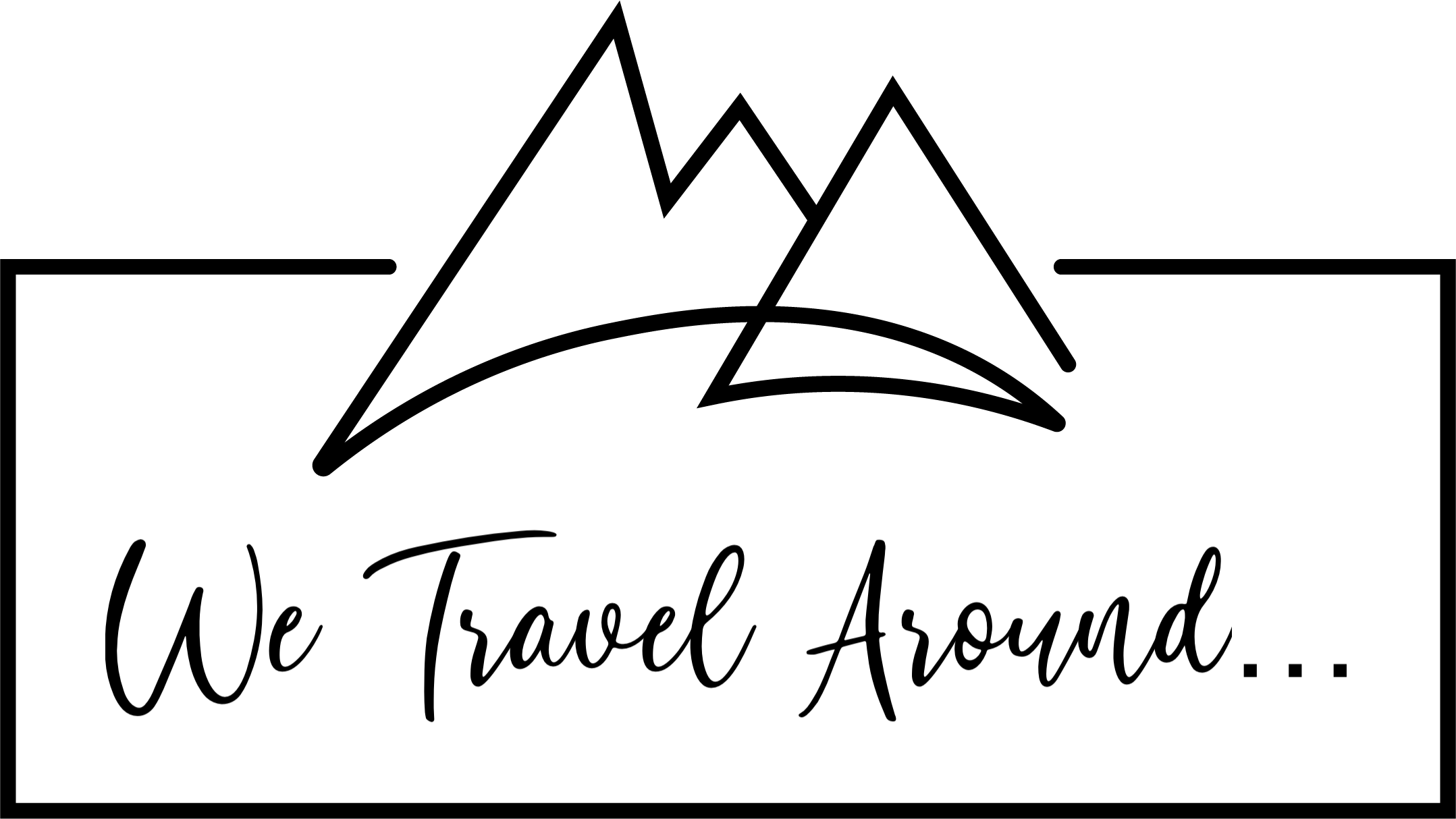 Come with us to travel

China has 9.597 million km2 and not all of it is properly interconnected. In recent years China has been updating its public transport network. However, most of the time, the rural areas are left apart from efficient connections as the focus of improvement concentrates in the touristic and more economically developed cities.

Transportation in China is wide and varied. The main transportation is rail where the focus on improvement has been concentrated during the last years. You can find from very old, high polluting steam-hauled coal trains to more environmentally friendly alternatives like the high-speed maglev (magnetic levitation). Notice that China has the 1st worldwide commercial high-speed magnetic levitation train. Pretty impressive isn’t it.

Our recommendation to travel between cities is to opt for planes or high-speed trains while moving within the city, subway or local bus is preferable.

ctrip website offers very reasonable deals for domestic flights. A good practice is to check the price of the planes before looking at train prices.

Air China Limited is one of the largest aviation companies in the People’s Republic of China offering plenty of domestics as well as international flights. However, we must not forget that there are other local airlines such as Beijing Air or Shanghai Air that frequently offer cheaper deals.

During one of the many trips to China, the locals recommend me to use Qunar to look for the cheap flights in the nation. As the website is in Chinese, you will need to use the translation chrome extension that will automatically translate the page to your mother tong. Let me know if you want more information on how to do it.

The options regarding trains widely vary in price, speed and comfort. Slow trains tend to be cheap but slow and comfortable. I can tell you that after 20 hours in a coal train sitting on a wood bench with 3other people without any air conditioning is not something you want to experience. We decided to open the windows and we end-up with black t-shirts due to the coal. On the other hand, the high-speed train is more eco-friendly, very reliable and fast but more expensive

The trains can be divided into normal passenger, express, fast, high-speed and tourist trains.

Bullet trains are those which start with the letter “C”, “D” or “G” and usually have 3 types of tickets.

The trains starting by “K”, “Z”, “L”, “T” and those that are only numbers are the slow and cheap trains. This type of train is where most of the locals travel, so the tickets are quickly sold out especially for those with good times.

The “T” trains are sleeper trains, therefore, they are more comfortable than the Z and L while the K trains are the cheapest of all.

In this type of train, there are also 3 types of tickets.

Hard seat, as his name indicates, it’s a place where you can only sit. You won’t be able to lie during the whole journey.

The difference between a hard sleeper and soft sleeper is that in the hard they are compartments of 6 beds, bunk beds of 3 beds on each side, while in the soft they are only of 4.

The hard sleeper bunk beds have 3 different prices, the higher and more difficult to access is it, the cheaper it gets. Being so, the most expensive the lowest and the cheapest the highest.

Note that in the lowest bed, you can always lie or sit while in the other ones it’s more inconvenient. In the middle one, you can also sit but you will have your feet hanging down. In the top one, you won’t be able to sit as the ceiling allows only to lie.

If you are taking the lowest one, be prepared for random people coming to sit in your bed during the day.

Train infrastructure in China allows the connection between the main Chinese cities with some of its neighbor countries like Mongolia, North Korea, Vietnam or Russia.

Connections between Beijing and Ulan Bator, Pyongyang, Hanoi or Moscow are currently possible.

You can check the price and availability of Chinese train tickets in travelchinaguide, www.12306.cn or calling the official hotline at 95105105. The pre-sale is 30 days for online and hotline bookings and 28 days when bought in train stations or ticket outlets.

If you don’t know the route yet, you can also approach a train once you are in China to purchase the ticket that you want. Note that usually there is a long queue and that most of the time they do not speak English. Check our article on how to communicate with the locals.

Please, be sure you plan your rides with time enough as high demanded connections, especially during Chinese holidays, limit drastically the availability and you may need to wait several days until you can travel.

How do I find my place on the train?

The wagon and the seat/bed is written on the train ticket.

In the following image, the red rectangle is the wagon and the green the seat or bed and if it is the one above, in the middle or below.

Not all cities have a subway service but the largest cities like Beijing or Shanghai have it and it is recommended.

All lines in Beijing subway cost 2RMB except for the purple line that is an express to the airport and costs 25RMB. You have a new subway train every 3min until 11 PM approx. (depending on the line it will be 10.30 or 11.10) And you can reach practically all the touristic attractions of the city.

In Chongqing, for example, the price ranges were between 2 and 7RMB depending on the destination. In general, in China, I have never paid more than 7RMB for taking the metro.

All Chinese cities have intercity bus services that cost 1RMB. There are also ‘double-cross’ buses that cost 2RMB.

In general, they are available form 6:00 to 23:00 but please verify as there are some exceptions.

Big cities like Beijing have special buses from the airport.
In my case I took one that cost me 21RMB and lasted 30min to Sanlitun, in the Chaoyang district of Beijing.

Keep in mind that traffic in China is somewhat chaotic and there are often traffic jams.

Note that all cities have at least one bus station where you can pick up these busses.

Long-term buses communicate relatively nearby cities. The routes usually vary from a few hours to almost days. They are cheaper than the train but usually take much longer and comfort is inferior. Also, they do not connect all cities.

I recommended visiting nearby cities such as going from Chengdu to Leshan where the travel time is less than 3h.

It is undoubtedly an option to consider when there are no train tickets.

In the past, we were able to take a sleeping bus late in the evening and arrive fresh to our destination early in the morning. This option was pretty amazing as you saved money from the accommodation as well as time. Unfortunately, since 2012 these services is been canceled due to some major accidents.

There are 2 taxi services, the official and the unofficial.

The official are taxis with regulated meters, in Beijing, at night, it has a fixed cost of 14.5RMB + a few more RMB per km.

Taxi drivers do not tend to speak English either understand occidental characters. You will need to have the address written down in Chinese characters

Unofficial are taxi drivers who will approach you directly and offer you to skip the waiting queue. They will negotiate a fixed price to drop you at your destination. It tends to be much more expensive than with an official taxi so be aware and avoid this type of scam.

This website uses cookies to improve your experience while you navigate through the website. Out of these, the cookies that are categorized as necessary are stored on your browser as they are essential for the working of basic functionalities of the website. We also use third-party cookies that help us analyze and understand how you use this website. These cookies will be stored in your browser only with your consent. You also have the option to opt-out of these cookies. But opting out of some of these cookies may affect your browsing experience.
Necessary Always Enabled
Necessary cookies are absolutely essential for the website to function properly. This category only includes cookies that ensures basic functionalities and security features of the website. These cookies do not store any personal information.
Non-necessary
Any cookies that may not be particularly necessary for the website to function and is used specifically to collect user personal data via analytics, ads, other embedded contents are termed as non-necessary cookies. It is mandatory to procure user consent prior to running these cookies on your website.
SAVE & ACCEPT